I live in Invercargill – I’ve been here my whole life. It’s home.

I’ve been a professional firefighter for more than 30 years. It’s a good job, and as corny as it sounds, I do it because I like helping people.

At our station, we have a Jaws of Life machine for cutting people out of cars – I couldn’t tell you how often we’ve used it. There are just so many crashes. Last week I was called to four in one night.

It gets pretty hard. It can be worse for our volunteer firefighters, they quite often get called to crashes on country roads where they know the people involved.

It’s always a horrible scene, especially when people see family and friends they love killed right in front of them. The impact is huge.

One thing that blows me away when I’m out driving is the number of people I see talking on their cell phones.

It’s the: “It won’t happen to me” mentality. Just like a house fire, until everything goes up in smoke, people think they are invincible.

In my time I’ve seen more than 50 people killed on Southland roads. That’s 50 too many. For me, any number is too many. 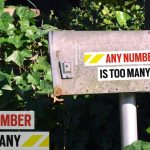